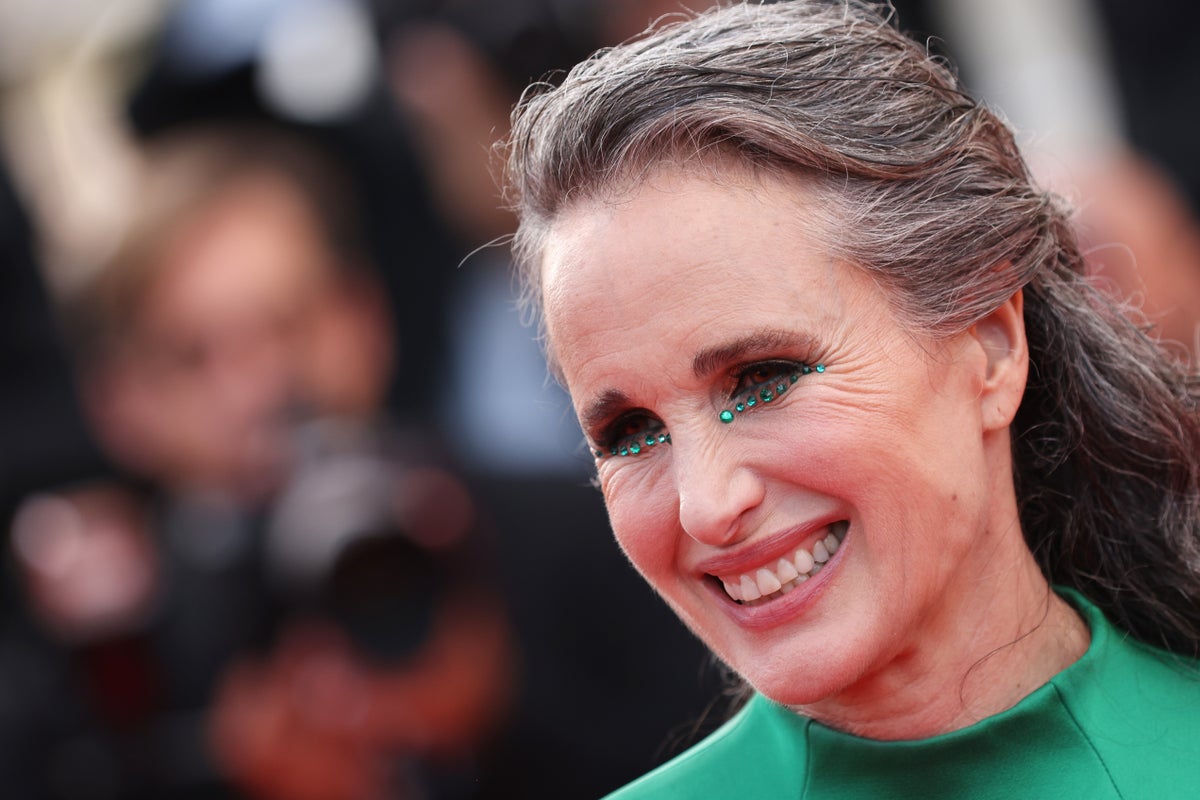 Andie MacDowell has revealed how her love life has changed since adopting her gray hair and how she’s ready to fall in love all over again.

In a recent interview with The Sunday Times. MacDowell says that even though her love life has improved, she still wants men to “like” her for who she is now.

“It’s better. I might have looked younger and more acceptable to someone before, but I want to be appreciated for where I am, for my age,” she told the publication.

“And the response from the men was, ‘You look beautiful.’ I think my eyes look greener and it’s made them pop in a way they didn’t before.

She also noted that while she’s not on dating apps, she “might relate” to finding solace in being alone. After finding a still card of a woman in her 50s dressed and lying in bed, MacDowell said that when she noticed the card read “Alone at last”, she “laughed so much”.

However, she has always said that if she connected with someone on a “romantic” level, she would “accept” a new relationship.

“If someone came in and made my life better, someone that I was going to have a romantic relationship with, you know, sexually, maybe,” she said. “I would accept it.”

The former model then admitted that relationships “just don’t show up” and that she is currently more focused on her “friendships” than her love life.

“To tell you the truth, they just don’t show up,” she explained. “And I’m not going on an app. It will not arrive. My friends continue to encourage me to have relationships. But I said, you know what really matters to me right now is friendships. And I work very hard on that. And why wouldn’t that be enough?

Elsewhere in the interview, MacDowell opened up about how people reacted when she decided to embrace her natural gray hair and quit dyeing it brown. She expressed how “relieved” she was that fans and peers “weren’t being cruel”.

“They could have been mean to me. But everyone was very loving and kind and I was relieved because I really like it. I feel more comfortable,” she explained.

The Four weddings and a funeral The star also said that although she was advised not to let her gray hair grow out, she didn’t agree.

“People kept telling me, ‘Now is not the time’, but I disagreed. I bowed down to everyone’s beliefs, but I really want to be where I am and look my age,” she added.