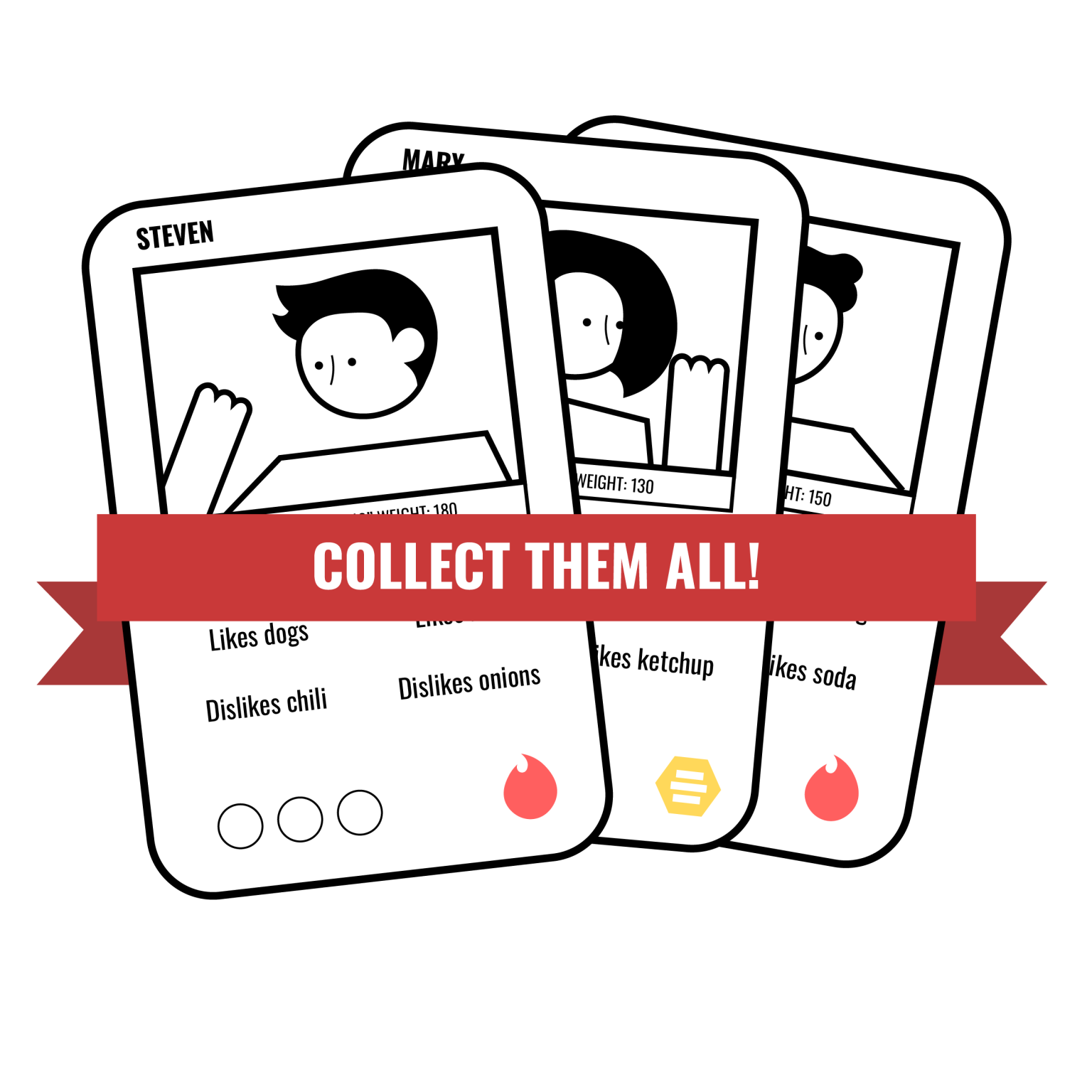 Dating apps are the worst gacha games ever


“Dead Dove, Don’t Eat,” a fanfiction tag spin-off from “Arrested Development,” warns of untold horrors before audiences watch regardless. This summer, my “dead doves” were coming out with apps. I don’t know what I expected.

For years, studies have warned me that dating apps are addictive and depressing, so I’ve always avoided them as someone sensitive to both. My fears were validated after I gave in and began a four-month downward spiral in online dating. Perhaps a more apt description is an undergraduate midlife crisis.

Surprisingly, it wasn’t the pressure to find a partner that finally sold me; that would be nice, but i don’t need a relationship to be happy. I gave in because, above all, I wanted friends. University was one of my last opportunities to make friends, but I feel deeply isolated here.

Aside from the pandemic, large gatherings and events where people tune in were not accessible for a noise-sensitive autistic girl like me. That’s not counting the spaces where I’ve been bullied or excluded for being neurodivergent, transgender, or both. I still have friends, but welcoming spaces like the newspaper are rare. I hoped that even though they are emotionally draining places to find partners, dating apps could be accessible environments to meet friends.

My friends suggested Bumble, an app designed for meeting friends and partners, as the least toxic starting point. I looked for people my age near me who would not exclude me because of my identity. By August, I had downloaded six dating apps, spent nights scrolling, and only met three people in person.

I must stress that my review does not reflect the matches I have had. I’m lucky that the few people I met were nice, though I would still have taken that perspective even if they weren’t. The underlying problem with dating apps is their structure, not their user base.

Dating apps felt oddly familiar until it finally hit me: they’re freemium games. These are Skinner boxes that pump players with dopamine, turn rudimentary tasks into daily rituals, and paywall with microtransactions when they start having fun. You do not believe me ? Tinder creators Sean Rad and Justin Mateen don’t see swiping as a matchmaker but as a game.

“No one joins Tinder because they’re looking for something…They join because they want to have fun. It doesn’t even matter if you match because swiping is so much fun.” Rad said in a 2014 TIME interview.

A notable freemium model is gacha games; Named after gachapon capsule machines, gachas sell random chances to draw specific rewards. They use psychological tricks similar to the way slot machines and casinos distract you from your spending, like dynamic graphics and play money. Dating apps work identically by pulling profiles, and when you get matches, they reward you with flashy animations as if you pulled a five-star character.

Like daily gacha draws, “swipe right” form habits with daily limits. I immediately ritualized waiting for swipes to refresh, even though I used my laptop to avoid mobile notifications. I also wanted to prevent mindless slippage by reading the profiles in detail, but I just spent more time scrolling.

Identity also impacts how many matches you get, as dating app users are ruthless towards marginalized groups. For instance, LGBTQ+-friendly app HER reported that trans women like me swipe right more than other HER users and received fewer matches.

Theoretically, dealbreakers (preferences) could narrow my search to leftist trans allies, but “leftist” was never an available tag. “Liberal” is the leftmost section of any dealbreaker section, which can mean anything from “I chose the leftmost option” to “Nothing will fundamentally change.” I could use the “other” labels, but these have an even broader scope.

Guess I should be grateful to have gone through gamification. When my current partner and I met after four months of research, it turned out that good things could come from dating apps. Shouldn’t I rent the system that suited us instead of complaining?

Dating app ads share stories of partners and friends who have met on their platform, implying that you too can be happy if you sign up. Sure, we were happy with each other, but we didn’t feel like the marketing couple shamelessly promoting the algorithm for them. We both agreed that the algorithm wasn’t efficient, and that wasn’t even the reason we paired up.

One trend I noticed with the few people I met, including my partner, was that outside factors like time and place played a major role in our matches. Some people have redownloaded the app after being inactive, while others have recently moved nearby or returned from a trip. Despite this, each dating app promotes strategies they claim are mathematically proven to attract users more, such as sharing more photos or detailed prompts.

These strategies mimic metagaming: knowledge and optimizations outside of game code (e.g., tier lists). Metagaming thrives on gachas, which push players to draw stronger characters, but dating app “gaming” isn’t what happens after you match. For dating app makers, swiping and getting matched is the game, and it depends on the algorithm. The only optimizations are paid amenities, like extra dealbreakers or seeing who liked you.

While the algorithms use the same factors every time, real life introduces too many factors for the strategies to be universally applicable. You can’t control when and where people open the app, how busy they are, or if your conversation stalls. In many cases, the strategies are useless even after matching; CNBC reports dating app ‘collectors’ are swiping everyone for fun to see how many matches they get, not to date.

Promoting strategies that empower users may be a response to other dating app issues — swipe culture, catfishing, “hunters” fetishizing trans people, and more. – but these are symptoms of the algorithm commodifying people. If the “dead dove” signs I’ve been ignoring are proof that other writers have deconstructed dating apps better than me, then I’ll let them.

There is a saying that no product is free; if you don’t pay for something, you are the product. Nothing applies to that statement more than turning human connection into a game. Dating apps aren’t as financially destructive as gacha games – even premium subscriptions are nowhere near sinking thousands of dollars for your favorite PNGs. — but treating real people like gacha jumpers is emotionally destructive.

Can you find friends or partners on dating apps? Think of it this way: some gacha games can be fun, but “can” and “will” mean very different things. Since dating apps want to be gachas, a more appropriate question would be, “Do you feel lucky?”

Sean Mullins (she/they) is the Journal’s Editor-in-Chief and Webmaster, formerly Opinion Editor during the 2021/2022 school year. She majored in media studies and minored in professional writing at Webster University, but has been involved in student journalism since high school, having served as a gaming columnist, blogger, and cartoonist for Webster Groves Echo at Webster Groves High School. Her passion is writing and editing stories about video games and other entertainment mediums. Outside of writing, Sean is also the treasurer of the Webster Literature Club. She enjoys playing games, hanging out with friends, LGBTQ+ and disability advocacy, streaming, doing terrible puns, and listening to music.

The obsession with height is all over dating apps. What the experts think.