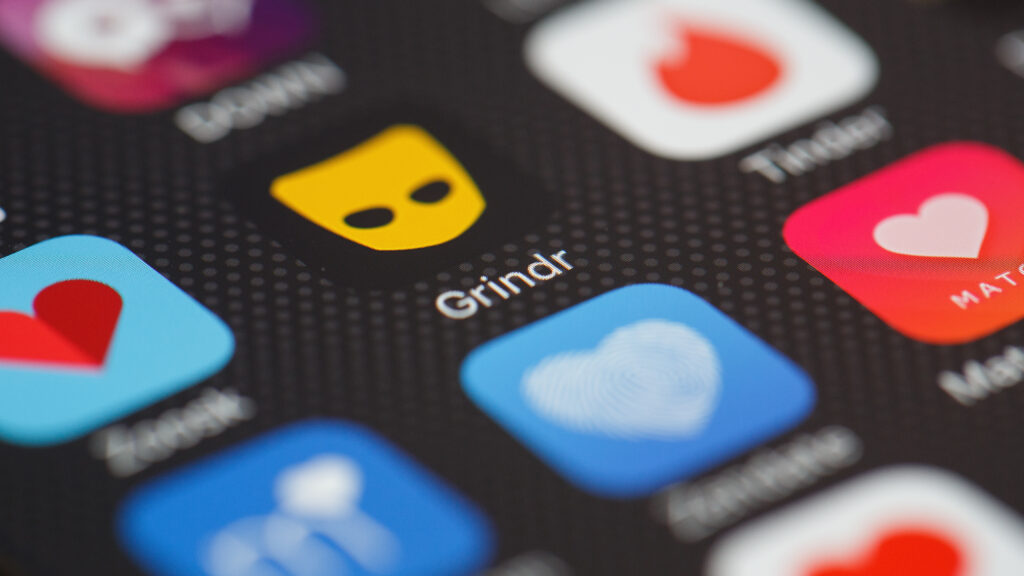 Dating apps help spread STIs. They could also stop them

Ssexually transmitted infections are on the rise in the United States. But it’s not just monkeypox that’s surgeand it’s not just men who have sex with men who are affected.

The meteoric rise of dating apps has led to more informal relationships, which means users feel less pressure to disclose sexually transmitted infections (STIs) to each other. It is one of several factors which has helped to drive up the rates of these diseases: gonorrhea infections are up 45% and syphilis up 52% since 2016. Cases of congenital syphiliswhich can lead to stillbirths and deaths in babies born to women with syphilis, have increased by 235% since 2016.

The absence of modern public health data infrastructure makes it difficult to respond to new and old infectious disease threats.

A digital health infrastructure that integrates data from across public health and healthcare systems would facilitate rapid diagnosis and treatment of people with sexually transmitted infections like syphilis. A study 2018 by the Centers for Disease Control and Prevention found that the most often missed opportunity to prevent a case of congenital syphilis was lack of treatment after diagnosis. Without access to the results of tests ordered by an obstetrician, for example, doctors in the emergency department might not know that the pregnant patient they are caring for needs treatment for a sexually transmitted infection. Data integration would help catch patients falling through the cracks of the fragmented US healthcare system.

The CDC provides minimum data on monkeypox cases in the United States, reporting only the number of cases by state. As the country did at the start of the Covid-19 pandemic, we are again relying on data from other countries to inform our understanding of the monkeypox epidemic, including critical variables such as the time from exposure to onset of symptoms and the transmission risk from asymptomatic individuals with monkeypox. The public health community doesn’t know what proportion of cases result from known contacts, which would give an idea of ​​how much transmission is happening under the radar. Even the most basic demographics, such as age, gender, race and ethnicity, are lacking for monkeypox cases, which would help public health officials target their efforts and do so. fairly.

More than half of sexually transmitted infections occur in people between 15 and 24 years old; it’s Generation Z, the true digital natives. They experience many aspects of their lives in the digital world, including their sexual relationships. The dating apps they use are built around specific communities. Tinder holds the leading position in the market with 75 million monthly active users, about a third of all dating app users. Grindr is the leading app among gay, bi, trans and queer (GBTQ) men with 11 million active users80% of whom are under 35 years old.

A few sites in the GBTQ community, such as Grindr, allow optional disclosure of HIV status – negative, negative on pre-exposure prophylaxis, positive, and positive with an undetectable viral load – but there is a problem with this approach: the status of an STI can quickly become obsolete and profiles do not allow sexual partners to be notified of such changes after the fact. More importantly, dating app profiles are notorious for misrepresentation – people say they are taller, thinner and younger than them.

So without a way to validate claims, why would someone looking for a quick date be honest about their STI history? To ensure the honesty of this important information, dating apps could allow users to register to connect their profiles to public health or healthcare data systems to validate test results.

Grindr has went further than most other dating apps by alerting all users to new infectious disease outbreaks, including meningitis, hepatitis A, SARS-CoV-2 Delta variant, and most recently, monkeypox. These alerts target key at-risk groups in ways that public health officials cannot. Grindr’s alerts quickly educate sexually active young people in specific geographic regions as they consider engaging in the very behaviors that may expose them to new infectious risks.

While Tinder and its peer apps, like Bumble, Hinge, BLK, and eHarmony, could learn from Grindr’s approach to alerting users to community health risks, all apps could go a step further by further personalizing these alerts.

Because data on sexually transmitted infections is particularly sensitive and likely to raise legitimate privacy concerns, dating apps could incorporate the following approaches to improve STI detection, treatment, and prevention:

First, recall users to get tested regularly for STIs and put them in touch with local resources. Users could be asked to self-report a test date and then be reminded to retest at regular intervals, such as every three to six months. The frequency of these reminders could be tailored to their risk based on their activity on the app, geographic location, and other relevant demographics. Dating apps might even partner with home STI testing serviceswhich are more popular than ever.

Second, provide an option to send anonymous notifications positive STI test results to partners on the platform. Such a system would complement the work of contact tracers at the underfunded, overstretched local health services, struggling to rebuild as the nation emerges from the Covid-19 pandemic. We recognize that such a system would face major challenges around privacy, data security, and anti-harassment, but overcoming these hurdles could provide immense public health benefits.

Third, confidentially and digitally transmit exposure and test data to public health services. As they modernize their data infrastructure, public health departments could reach out to dating apps to ensure their data systems can be made interoperable. There would be biases, of course, depending on who uses particular dating apps. But data from dating apps could work as a sentinel surveillance system to alert public health officials to emerging outbreaks in their area and help them target testing resources where they could have the greatest impact and facilitate a quick link to care. Conversely, users might choose to have dating apps pull data about their test and vaccination status from public health or healthcare data systems so they don’t have to update. manually update their profiles.

People rightly fear giving more data to tech companies. Dating apps already collect a wealth of information about their users, including age, race, ethnicity, location, and basic health information such as height and weight. Beyond that, these apps store even more sensitive information such as photos, videos, and metadata about connections (such as likes, favorites, and views) and conversations between users. These apps could do more to protect and care for existing user data through encryption and other data security best practices. Public-private partnerships could facilitate faster adoption of stronger protections for sensitive user data and simultaneously unlock new public health benefits.

Céline Gounder is an internist, infectious disease specialist and epidemiologist, and senior researcher and public health editor at the Kaiser Family Foundation and its Health Information Service. Michael Donnelly is a queer community health activist and data scientist specializing in public health forecasting, policy, and analysis whose work helped the CDC detect and respond to the Delta Variant outbreak in Provincetown, Massachusetts, in the summer of 2021.

Dating apps and male beauty standards: Why are Tinder users so obsessed with size? | Culture