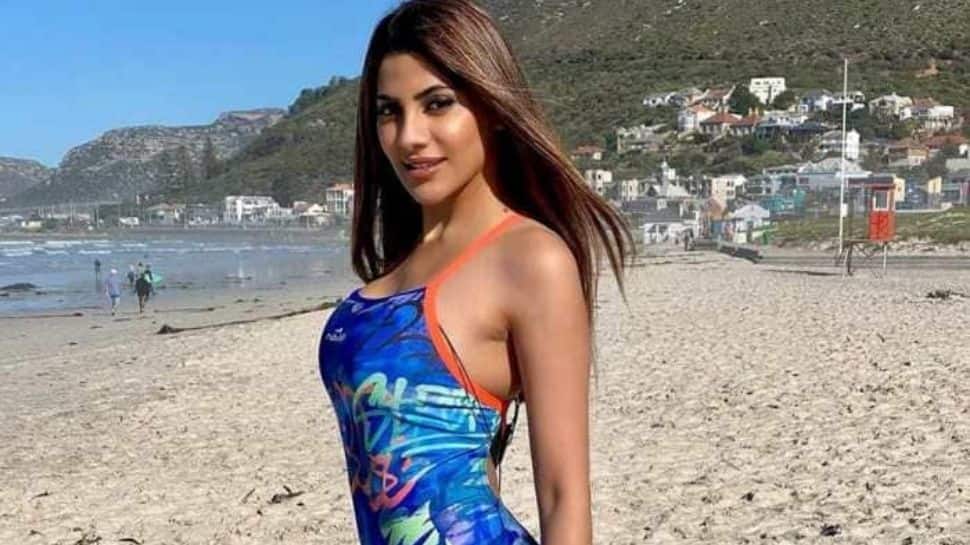 New Delhi: TV actress Nikki Tamboli, who gained immense fame after starring in Bigg Boss 14, became a beloved personality among viewers and racked up huge success on social media. In addition to TV shows, she starred in hit music videos such as “Shanti”, “Number Likh”, further expanding her fan base. Now, she’s ready to let fans see her on the adventure reality show “Khatron Ke Khiladi 11” hosted by Rohit Shetty.

The actress, who recently experienced a personal tragedy, has shown great strength and resilience, choosing to devote herself to her work. In a recent interview, Nikki talks about her experience filming for the show in Cape Town with her friends and contestants Shweta Tiwari and Divyanka Tripathi, and how she got back on her feet after her brother’s tragic disappearance.

Here are some excerpts from the interview:

Q. This is your second reality TV show in a row, what format do you like?

A. In reality TV shows, you have the opportunity to be real. I don’t know how many people stay true to themselves, especially in this industry, where people are so self-conscious about themselves (not everyone but a few), and I love being real, face to face, so by doing reality tv shows i get an opportunity to be real and to entertain my fans.

Q. You will be seen doing awesome stunts on the show. A particular fear that you were able to overcome?

A. None. I did not go there to overcome my fears. To be honest, you don’t get over fear in one or two attempts, it takes years, sometimes even a life. There was no such thing as “overcoming the fear” for me. It was all about experience, how much I liked it, did I even try, how much I entertained my fans. This month of my life has been the best time of my life. Although I didn’t think I could have so much fun because I had just lost my brother and left with a mindset that I wouldn’t tell anyone, keep crying, but no… nothing like it ‘arrived. Things were opposite and I had a great time.

Q. Your commitment to work is commendable. You shot for Khatron Ke Khiladi 11 at a time when you faced a personal tragedy, the death of your brother. How did you experience this phase?

A. There is something called passion and I am very passionate about my job. I love acting and if it’s a reality show, well, nothing like it. I love reality TV shows. Then come the commitments. If you are passionate about your job, you will never go back on your commitments. I remember telling my brother that I would do Khatron Ke Khiladi and he was very excited. He knows that I fear a lot of things, but he told me that he is sure that just like the way I entertained my fans in Bigg Boss 14, I will do the same here. He never asked me to win Bigg Boss 14 or Khatron Ke Khiladi. His motto was… “you go and let your fans see how entertaining you are”. Bigg Boss and Khatron Ke Khiladi are totally different formats and I wanted my fans to see my two avatars. I was very focused on the fact that I had to go because if my brother had been alive, he would have sent me, come what may! So when my brother isn’t around, why shouldn’t I go? My brother is no more, it was his wish that I go (for Khatron Ke Khiladi). Whether he’s alive or dead, I can’t disappoint him.

Q. What were your pillars of support during the shooting of Khatron Ke Khiladi?

A. Abhinav Shukla, Aastha Gill, Arjun Bijlani. It was easier to get closer to Abhinav since we worked together. We are very good friends. Aastha and Arjun too. It’s so kind of them that they accepted me for who I am and despite the fact that I can’t do a few stunts. They have always been very supportive.

Q. What was your equation like with Shweta Tiwari and Divyanka Tripathi, the two oldest female stars in the Khaton Ke Khiladi 11 gang industry?

A. Divyanka (Tripathi) and Shweta (Tiwari) are super cool. Shweta, I think it’s very interesting because she has a great sense of humor. Divyanka on the other hand is very daring. She is very inspiring in the sense that she will never say “it will not happen”, she will just go to earn it. She is fabulous! They are both very fun and affectionate.

Q. You kept teasing fans with pictures from the shoot. While you have a lot of love, in addition to the positivity, there is also negativity on social media. Are you affected by trolls?

A. I love my fans. In fact, to all those who troll, I would like to give my love. Really, after losing my brother, I believe in love. You can’t hold on to negative things or hate those who troll. I just want to spread the positivity.

Q. Due to your carefree demeanor and outspokenness, a lot of people sometimes mistakenly understand you as being rude or someone flirtatious around her. Do you mind?

A. No, that doesn’t bother me. The people who have worked with me and my friends know exactly who I am. In this industry, everyone talks to each other to get feedback on a person and their experience working with them. And people always speak highly of me. They say things like “I’m the most humble person they’ve worked with”. What else do I want! I got this image because of Bigg Boss. The public did not tag me with this image. Competitors categorized and tagged me that way and that’s how the audience got the signal. But if I had been that bad, the public wouldn’t have voted for me to be in the top 3.

Q. Are you in contact with Salman Khan, your host of “Bigg Boss 14”?

A. Not really. But I would love to make a movie with Salman sir, I’m just waiting for an opportunity.

Q. You recently talked about not having time for casual relationships. So, do you see someone and are considering a serious proposition?

A. I do not see anyone. After losing my brother, I got very serious in my life and I don’t want to ruin anyone’s life. I don’t have time for casual relationships.

EXCLUSIVE: Garcelle Beauvais pours out on love life and more