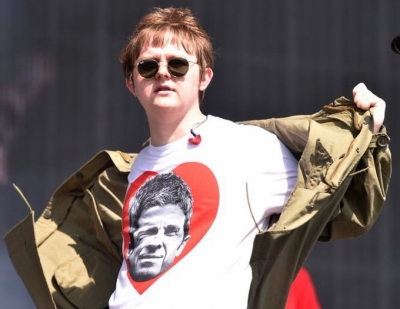 Los Angeles: Singer Lewis Capaldi says fame and success have complicated his love life. He turned to dating apps in hopes of finding love but was quickly removed from the platform because his profile was believed to have been “fake”.

Speaking to Steven Bartlett on the ‘Diary of a CEO’ podcast, the singer shared, “At the end of the day, I’m still 25 and people are talking about a power imbalance between someone who is I’m trying to sort that out too because I don’t want to use my notoriety, or for it to have any influence on anyone I’m dating.

“What, am I supposed to only date famous people? That’s a really weird thing. I admit it’s a little weird being on Tinder, but I met my last girlfriend on Tinder and she is awesome.

The ‘Someone You Loved’ hitmaker would still like to meet someone in the coming months.

Capaldi shared that he’s not ready to settle down and have kids.

He said: “If I met the right person, I would be buzzed. But right now it’s a bit unfair with the other person, they would have to be a fairly understanding human being. And the children? For the moment it is not at all in my plans. A friend of mine has four children and that’s not my bag at all.

Why I Stopped Dating Apps Like Tinder, Bumble and Hinge