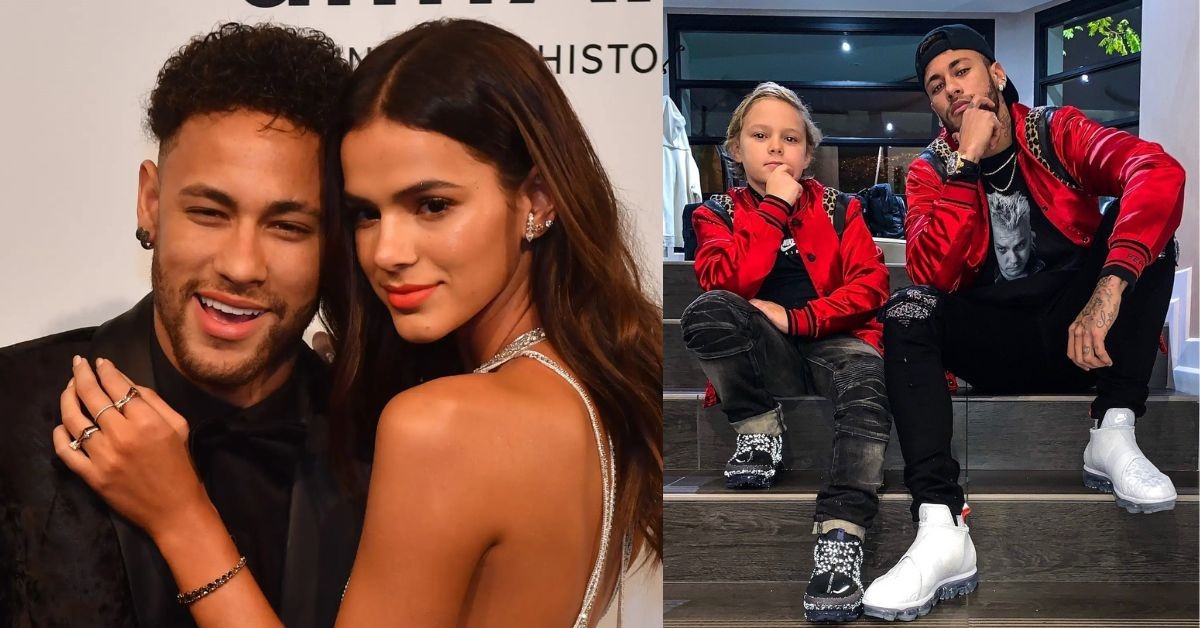 Neymar Jr Dating Life and Kids – Who is Neymar’s girlfriend?

There have been several world-class Brazilian players in football over the years. Paris Saint-Germain striker Neymar Jr is surely one of them. According to many, he is the best footballer in the world behind Cristiano Ronaldo and Lionel Messi. He currently plays alongside the latter, alongside Kylian Mbappe.

Neymar shot to fame while at Santos FC in his home country. With the eye-catching skills and flair he displayed on the pitch, he lured Barcelona scouts to bring him to Spain. Barca spent €86.2m and landed Neymar’s signature.

As much as he grabs headlines for his skill and dribbling skills, the 30-year-old has also been there for his long list of lovers. Let’s take a closer look at his dating history and his children.

Neymar met Carolina Dantas when he was playing in Brazil. This was before he left for Barcelona in June 2013, suggesting he met her before that. The couple kept their relationship under wraps most of the time and only posted pictures online with each other after the birth of their son, David Lucca.

The couple welcomed Lucca on August 24, 2011. Neymar has taken his son to many matches and even celebrated with him after wins. It is not known when he separated from his son’s mother, but reports say it happened after David was born.

In the past, the soccer star has shared a wholesome message for his then five-year-old son. He posted it on Instagram in 2016. The message read, “Happy birthday my son… May God bless you and always light your way. Daddy loves you.”

After breaking up with Dantas, Neymar had affairs with several women, according to reports. However, neither party has confirmed if any of the rumors are true.

Bruna Marquezine is a Brazilian actress. She hails from the famous Rio de Janeiro in the country. Bruna has appeared in many TV shows since she was a child. As a famous model and actress in Brazil and around the world, Marquezine currently has more than 43 million followers on Instagram.

Once again, the couple got back together soon after. It looked like Neymar and Bruna were struggling to navigate their on-and-off relationship. They dated for a while before going their separate ways in 2018. That was before the footballer left Barca to join PSG in a record-breaking €222m deal.

Bruna announced their split to the world in an interview. She says, “It’s a decision that came from him, but there’s a lot of respect, a lot of love, for him and for everything we’ve lived for. You know, I don’t usually talk about my personal life. I will talk about it because I have to talk about it, but it will only be once.

Apart from these women, reports say that Neymar hasn’t been serious with others. However, the media spotted him with famous people like Anitta at parties in Brazil. But again, neither party has confirmed the rumours.